Improvement in Canola Yield with Basis-Treated MAP in West Australia 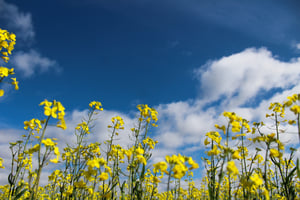 A canola trial in Esperance, Western Australia, shows the benefits of using Basis to enhance nutrient availability from granular fertilisers.

In this trial, Basis* was applied onto MAP Trace fertiliser (80 kg) and compared to MAP Trace alone. The canola seeding date was 1st May 2018. In canola plants sampled on 10th July 2018, there was a significant increase in root mass where Basis-treated fertiliser had been applied. 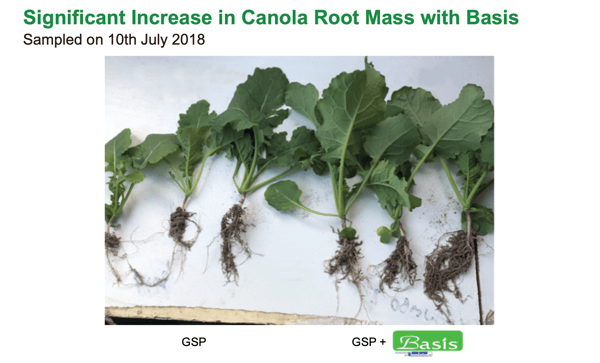 Photos taken on 19th June and 25th September showed visual differences in growth between treated and untreated sides of the paddock.

These differences translated into higher canola yields and increased ROI where Basis-treated fertiliser was used. Four cuts of 0.4ha were taken at harvest (2 cuts in the treated area and 2 outside, side by side). The harvest data showed that there were canola yield increases in both Basis-treated cuts (180kg/ha and 270kg/ha compared to grower standard), with an associated ROI of $90 to $135/ha.

*The original formulation of Basis was used in this trial. Basis XC contains all of the same active ingredients but is more concentrated so that a lower application rate may be used.